There is nothing worse than being separated from your family members or those you love. Fortunately, depending on the family relationships involved, there are a number of ways for individuals and families to move together to the United States. If you are already living in the U.S. but separated from your family abroad, you may have options for helping them legally immigrate to join you. For example, holders of green cards and U.S. citizens can sponsor the immigration petitions of their foreign relatives, aiding their efforts to enter and take up residence in the United States.

Many people come to the United States to find a better life for themselves and their families. Their goal is to keep the family together in their new home. At Bassey Immigration Law Center, that’s our goal, too. Our skilled Florida family immigration attorneys can help you reunite with your loved ones — or keep your family together if you are facing deportation and removal.

How a family immigration attorney can help

Non-U.S. citizens that are legally in the United States can work with an experienced family immigration lawyer to file an effective visa petition to keep a family united. The U.S. Department of State allows a variety of petitions for visas, including:

Sponsors will need to demonstrate that they can support the family member at a level at least equal to 125% of the U.S. poverty line. A family-based immigration lawyer can help a foreign resident who is legally in the U.S. to determine which petition has the highest likelihood of acceptance and approval and can complete and file the correct forms to minimize problems and delays with the petition review process.

While every immigration case is different, an experienced Florida immigration attorney can make navigating the complicated immigration process much easier.

A knowledgeable family green cards and visas attorney will consider every option under U.S. law to keep families together. Based on the circumstances driving your move to the United States, we can help you with immigration situations involving:

If you would like to become a U.S. citizen, you must go through the naturalization process — green cards through engagement and marriage. If you are a U.S. citizen who is engaged to or has married a foreign national, your spouse may be able to get a green card. The filing process can be time-consuming and confusing, but getting legal help can make it much easier.

Family petitions can be used to bring spouses, children, sons and daughters, parents, siblings, or fiancés to the United States. Different family relationships entitle the individual to different immigration benefits.

Due to recent changes in the law in the United States, same-sex couples may now apply for the same immigration benefits available to heterosexual couples.

If you have faced persecution for your sexual orientation, you may be able to apply for asylum in the U.S.

If you are from Cuba and have lived in the U.S. for at least a year, have been admitted or paroled, and are admissible as an immigrant, you may be able to get a green card through the CAA.

Form I-751 Removal of Conditions on Residency

If you are a conditional resident of the United States because of a marriage, you can use Form I-751 to remove the conditions of your residency.

U Visas — Victims of Crime

If you or your loved one has been a victim of a serious crime and are willing to work with law enforcement to help hold the people who harmed you legally responsible, you may be able to obtain a U visa to stay in the U.S. These visas were created to make it easier for law enforcement to protect victims and prosecute serious crimes, including human trafficking, sexual assault, and domestic violence.

The Violence Against Women Act provides certain protections for victims of domestic violence.

The T visa provides victims of human trafficking with the opportunity to remain in the United States.

If you have suffered persecution in your home country for race, religion, nationality, membership in a social group, or political opinions, you may qualify for asylum in the U.S..

If you are in the United States and the Secretary of Homeland Security decides it is no longer safe for you to return home, you may apply for TPS allowing you to stay in the U.S. and work until the decision prohibiting you from returning home is lifted.

If you have obtained DACA, we can help you apply to renew your DACA status.

NACARA allows certain individuals to remain in the U.S. based on several different criteria, including the fact that you must be from a select number of countries, have lived in the U.S. for at least seven years at the time of your application, and your removal would pose an extreme hardship for your family.

Deferred action is a discretionary relief provided to people who are otherwise deportable, or have a final order of deportation, but for humanitarian reasons need to stay a bit longer to manage their affairs. It is temporary in nature, adjudicated on a case-by-case basis, and can be granted by the local USCIS district director. It is commonly known as Deferred Enforced Departure, or deferral of removal.

The U.S. family immigration petition process has been enlarged to recognize same-sex marriages and to encompass LGBTQ families. Foreign individuals that have suffered persecution in their home countries for their sexual orientation or gender identity may also have an opportunity to apply for asylum in the U.S. A family immigration petition applicant should never hesitate to raise their LGBTQ status with an immigration attorney from the Bassey Immigration Law Center. We are always respectful and supportive and will work with you to find any and all special immigration options to help your case.

The main legal options for fiancés of U.S. citizens who want to move to this country include:

To determine the proper immigration strategy for fiancés, the engaged couple must decide on the location of the wedding and the timeline for the foreign fiancé coming to the U.S.

Many non-U.S. individuals mistakenly assume that a family immigration petition is not available if they have been arrested or placed into a removal process. In addition to helping those persons to establish a valid deportation and removal defense, an experienced family immigration attorney can petition to adjust the individual’s status and to apply for a green card with support from family members that are legally residing in the United States.

The family-based immigration lawyers at Bassey Immigration Law Center have a long history of helping to reunite families in Florida and throughout the United States. Get in touch with a skilled Florida family immigration attorney by calling our Tampa office at 813-592-3338 or our Clearwater office at 727-408-5170, or by contacting us online. 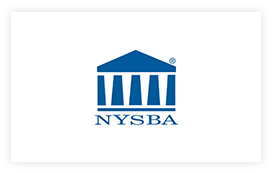 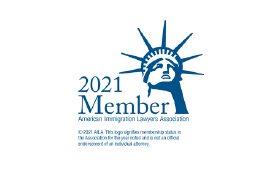